Divided By was a Forum Theatre performance, created and performed by LYT’s Young Touring Company. Starting from the theme of loss, the group created the play by thinking about what, who and where creates stress in the lives of young people. The resulting play is about Josh who has a bright future ahead of him with a maths scholarship to Cambridge. But as his life becomes more and more divided, he can’t seem to make all the pieces add up.

The play toured to 6 schools and youth settings around Lewisham and performed in a public performances on the Broadway Theatre, Studio on 22nd March 2017. 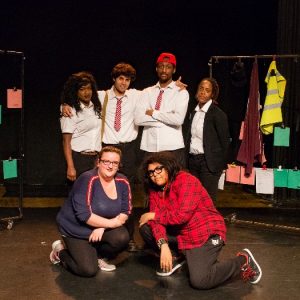