Follow The Leader was a new modern day take on the themes of Shakespeare’s Macbeth, as played out in the lives of young people today. The play explores toxic friendships, betrayal and power. The play follows 14 year old Max who wants to get off the bench and play in the next match. But his friendship with Luke will threaten everything that he has worked so hard to achieve.

Created by LYT’s young touring company, the play toured to schools, youth clubs and local services before a public performance at the Broadway Theatre studio. Following this successful tour, LYT was invited to bring the play to the Catford Fringe Festival in June 2018. 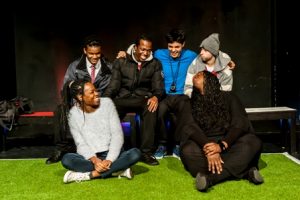 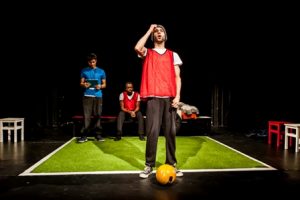 The Young Touring Company is part of LYT’s Step Up programme, providing life and employability skills for young people aged 16-24.  The programme is funded by the Mercers’ Company, St. James’s Place Foundation, PIMCO Foundation Europe, and the People’s Postcode Lottery.